“With Simulink, Simscape, and HDL Coder, we can develop plant models and deploy them directly to an FPGA for HIL tests; it’s a no-nonsense, no-compromise way to simulate large-scale power electronics systems.” 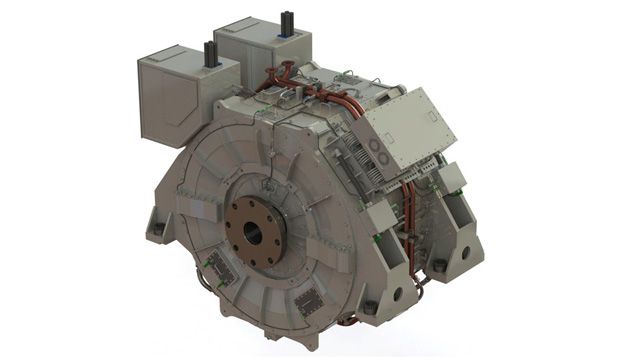 Power electronics systems on large ships act as multimegawatt microgrids, powering propulsion and all other onboard electrical equipment. These systems often require multimillion-dollar investments and a year or more to build. As a result, engineering teams that develop the control software often lack access to feature-complete hardware until late in development.

“Using the HIL workflow we implemented with MATLAB and Simulink, we ensure that our equipment will perform the way we expect in the customer environment for a fraction of the cost of setting up physically equivalent hardware and additional testing infrastructure,” says Chris Harper, electrical systems engineer at Leonardo DRS. “We can test day or night, with or without hardware, while reducing the chances of damage to a full-scale system.”

Due to the large scale of Leonardo DRS power electronics systems, engineers previously relied on small-scale prototypes and hardware test beds that were not feature-complete. This approach made it difficult to test the complete range of software interactions with the hardware. When full-scale hardware did become available, testing time was limited because multiple internal and customer teams needed to access it. Further, tests on the hardware had to be designed and orchestrated to avoid damaging the equipment or endangering personnel.

In this workflow, the engineering team develops a high-level plant model in Simulink that includes sources, loads, IGBTs, and other component blocks from Simscape Electrical.

As the hardware design progresses, the team refines and adds detail to the plant model. For example, they replace generic IGBT blocks with blocks parameterized for the specific IGBT components chosen for the design.

Next, the team prepares the model for deployment to the FPGA on the real-time HIL target machine. This process includes identifying and replacing nonlinear elements of the model with switched linear equivalents. “Because we sample at one-microsecond rates and our dead time is so small, we don’t really care about nonlinearities in the system—we get all the accuracy we need from switched linear components,” says Henry Brengel, software engineer at Leonardo DRS.

After running simulations to ensure that the updated plant model exhibits the same dynamic behavior as earlier models, the team uses the Simscape HDL Workflow Advisor with Simulink Real-Time and HDL Coder to generate HDL code from the model and deploy it to the FPGA module of the Speedgoat real-time target hardware.

Leonardo DRS engineers are using the new HIL workflow on production projects, and they are extending it to include fault testing and replication of issues identified on deployed power systems. 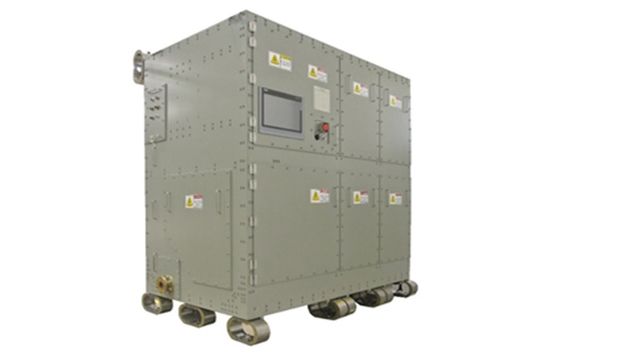