OK. This is one more thing to tell you about Laplace transforms, and introducing a new word, convolution. And so we're going to find our old formula in new language, a new way. But the formula is familiar. And the problem is our basic problem, second order, linear, constant coefficient with a forcing term.

OK, now I'll divide by that. So I move that as 1 over, and I call it G. So this G is 1 over s squared, plus Bs plus C. And that has the name transfer function. And then this is the transform of the forcing term.

Suppose my transform is one function of s times another function of s, what is the inverse transform? What is the inverse transform? What function y of t gives me G times F? And I'm just going to answer that. The answer is the g and the f, those are the ones that give that. But I do not just multiply those. The new operation that gives the right answer is called convolution. And I'll use a star.

So convolution is-- here is the formula for convolution. It's an integral from 0 to t of one function-- maybe I better use capital T, better-- times the other function, integrated. That's what convolution is.

So what have I achieved here? The same old formula. The formula which we described way back at the beginning as inputs f, growth factors over the remaining time, g. Put all those together by integration. Put all the inputs with their growth factors. Integrate to put them all together. And that is y. So it's a familiar formula, with only a new word. But you see that I could jump to the answer, once I knew about the convolution formula, and I knew that this is the function whose transform its-- let me say again. Its transform is GF.

Now second degree gets a little messy. So let me do a first degree example. Example, I'll take the equation dy dt minus ay. That's our usual first degree differential equation. And I'll take e to the ct on the right-hand side. OK. I'm doing those, because I can take the transforms and check everything.

Again, this is the simplest differential equation with a forcing term that I could use as an example. So now I'm looking for what is y of T. I'm looking for y of T. And I'm now going to use the language of convolution.

So I have used the-- I've just put in what I know in the convolution formula. And this should be the correct answer. And I can do this integral. And what do I get? Well, I'm pretty sure that I get e to the-- down below there will be a-- you see I'm going to combine those exponentials. So I'll have a c minus a. It comes out perfectly.

e to the ct, minus e to the at. That's the right answer. It's not only what the convolution formula tells me, it's what I know. So that example is a good one to show that when-- so I didn't use partial fractions. Normally I would separate this into partial fractions, and then I would recognize those two pieces of the answer.

I didn't do that this time. Instead of using partial fractions, the algebra, I used the convolution formula, and did the integral or almost did it. We can do it. And we get that answer.

OK. So the point of this video is simply to introduce the idea of a convolution, which is the quantity we need, the function we need, when the transform is a product of two transforms. OK. Thank you. 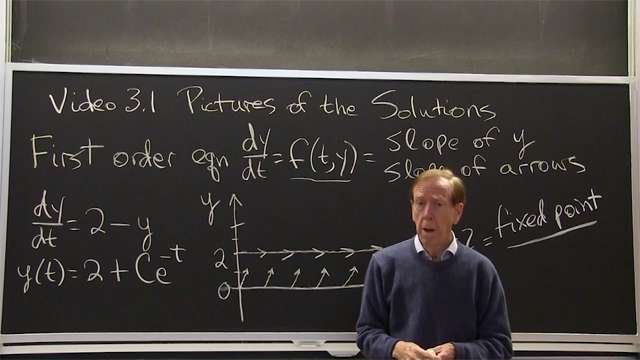