how to plot a vector

⋮
Given that heaviside belongs to the Symbolic Toolbox, you will probably need to consider it a bit more carefully.

Stephen Cobeldick on 24 May 2020
⋮
Edited: Stephen Cobeldick on 24 May 2020
"what's wrong with my code?"
So even though you write that you are plotting a vector, if you actually take a look at Vso it is actually scalar (and plotting a scalar gives the appearance of an empty plot, although it isn't actually, just the default linespec does not include any point marker).
I fixed those mistakes (and replaced heaviside with a simple logical comparison):
Vsw = zeros(1,N);
for k = 1:N
Vsw(k) = -V0*((x(k)+a/2)>0 - (x(k)-a/2)>0);
end
plot(Vsw,'-*') 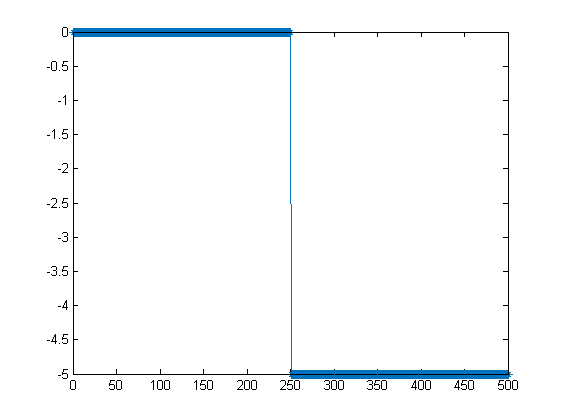 Elinor Ginzburg on 24 May 2020
⋮
Thank you very much guys!
I mistyped and didn't index Vsw as you all mentioned.